The High Council Meeting (HCM) of D-8 TTEN has been held virtually with the presence of all D-8 TTEN focal points.

According the public relations of Pardis Technology Park, officials of the D-8 TTEN secretariat accompanied by the representatives of the member countries of the D-8 TTEN -including Egypt, Turkey, Nigeria, Pakistan, Iran, Bangladesh, Indonesia, and Malaysia – were present in the meeting and shared their points of view.

This meeting has been held with the aim of exchanging ideas in order to reach the best possible form of member’s participation in D-8 TTEN’s future events and to improve the quality of holding the 7th meeting of the high council.

Milad Sadr Khanlou, Deputy Secretary of D-8 TTEN, with expressing satisfaction from the gathering of all members stated: In order to increase cooperation between member countries and take advantage of the most of the capacity of the innovation and technology ecosystem of each country, it is suggested that the representatives inform others about the events in the sector of technology and innovation in their country to witness desired opportunities for the holding country.

In continuation of the meeting, the representatives of the member countries presented their propositions to improve the quality of the events and increase the level of cooperation between the countries and also the countries and the D-8 TTEN Secretariat.

He also with emphasizing on the capacity of each member of the D-8 organization in the related areas to innovation and technology, stated: The members of the network have this opportunity to help advancing the goals by organizing programs and joint plans between the members and other actors outside the secretariat, and create valuable opportunities for themselves and the network.

In the second part of this meeting, the representatives of Amirkabir Co., the executive firm of the TIM2023 investment meeting, introduced the plan and the format of the fifth edition of the event.

The “Technology transfer and exchange network between eight developing Islamic countries” so called D-8 TTEN was formed according to the resolution of the third meeting of ministers of industry of the D-8 member countries in 2012 in Dhaka, Bangladesh and the secretariat was established in Pardis Technology Park.

The purpose of this action is to develop the cooperation of member countries in the field of technology transfer and attract advanced technologies and to move toward a knowledge-based economy.

The international event of “Technology Investment Meeting” or TIM is one of the programs of the Technology Transfer and Exchange Network “D-8 TTEN”, which has been held with the aim of helping investors in technology sectors between 8 Islamic countries for four edition and the fifth round will be held on 27-28 February in pardis technology park.

According to the planning of the secretariat, it is planned the 7th high HCM will be hold in person jointly with the TIM in the Pardis Technology Park. 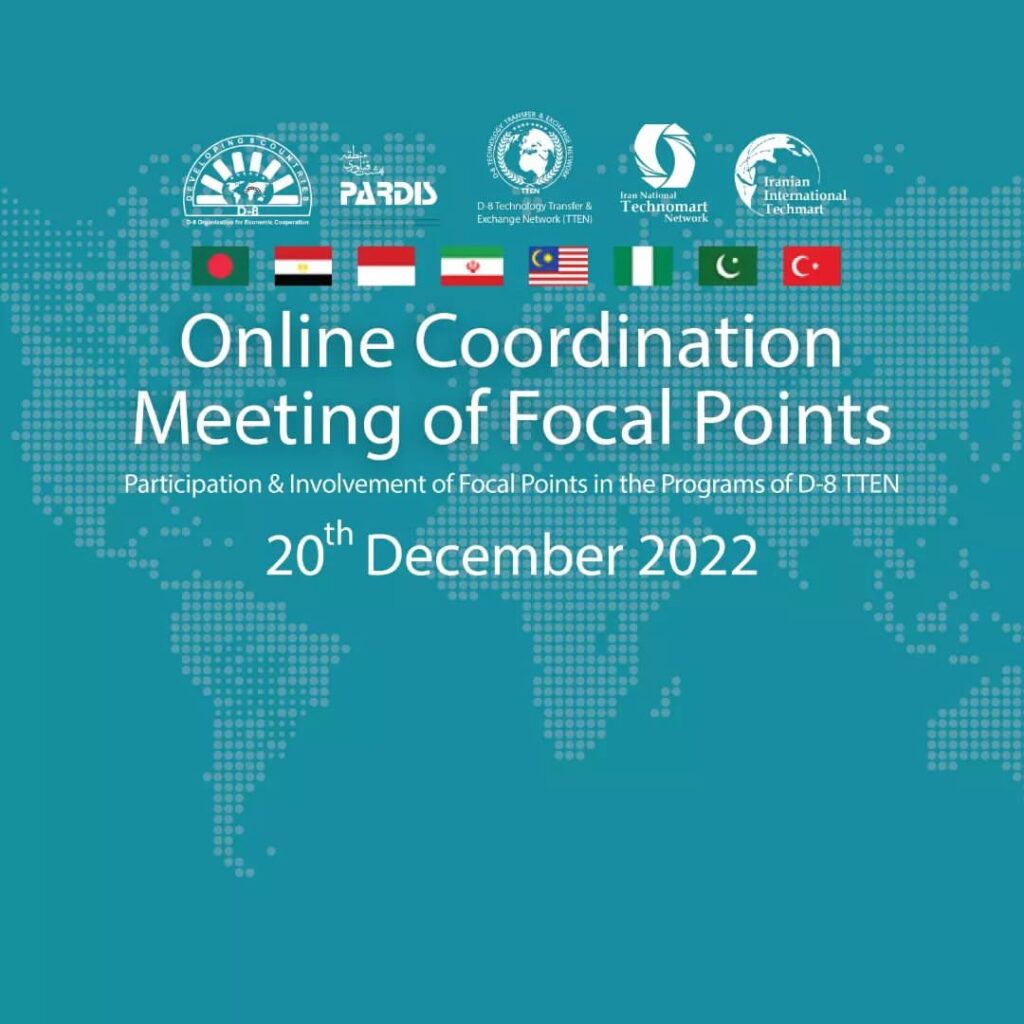