Most developed startup ecosystems in Africa; According to the report from StartupBlink

Most developed startup ecosystems in Africa; According to the report from StartupBlink

This is according to the new report of StartupBlink Ecosystem Index 2021. This presents a global map of the startup ecosystem with tens of thousands startups, co-working spaces and registered accelerators. StartupBlink ranks locations based on the quantity and quality of startups by assessing the innovation ecosystem in 100 countries and 1,000 cities around the world.

This is done with organizations related to the business environment and supports factors such as ease of doing business and investment.

The most frequently questioning research for StartupBlink is to find who topped global startup ecosystem in recent years. Here StartupBlink comes up with a new research, and listed top 5 countries for the best start-up achievements in 2021.

These countries include South Africa, Kenya, Nigeria, Rwanda and Egypt. For the record, Nigeria and Egypt are the members of Technology Transfer and Exchange Network (D8tten).

Now we consider each country's rate as a pioneer for developed startup ecosystems according to the report from StartupBlink. Please stay tuned. South Africa is the first country in Africa to enter the top 50!

South Africa has had a great year in every way. First, it maintained first place in Africa and rose four places to 48th in the world, becoming the first African country to enter the top 50 in the world since the ranking started in 2017.

Cape Town moved up one spot to 145th in the world. And it is the third largest city in Africa. Cape Town is also a leader in education, technology, software, data and transportation, and is ranked among the world's top 100 companies in all three industries.

Johannesburg is the 2nd largest financial technology hub in Korea and 4th in the region, rising eight places to 152nd in the world. Pretoria moved up 11th to 490th. Durban is the first city in South Africa to reach 568th with a total of four cities.

With this new entry, South Africa continues the positive trend of spreading innovation nationwide by adding new cities to the top 1000 in the world for three consecutive years. Big trend! 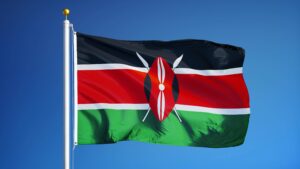 After swapping places with Lagos, Nairobi is no longer the highest ranked city in Africa!

Nairobi is also ranked in the top 100 in the world in food technology, transportation technology, energy and environmental technology and science. Mombasa has helped improve Kenya's ranking in 2021 and is new in the ranking of 756 as the second largest city in Kenya. 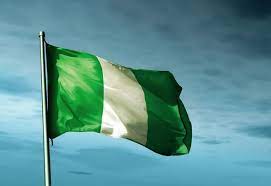 Nigeria's most populous city, Lagos, has overtaken Nairobi to rank 5th and 122nd among African cities. Lagos is also ranked in the top 50 cities in the world for e-commerce and retail technology and among top 100 cities for transportation and education technology.

Ibadan climbed 601 places in the ranking, moving up 353 in the world and 2nd in Nigeria, beating the Nigerian capital, Abuja. The latter was ranked 3rd in the national ranking with 466, down 12 places, and 906 in Port Harcourt, down 6 spot.

Nigeria includes seven cities in the top 1000 of the world and still ranks first among African countries in the rankings. Nigeria is one of the members of Technology Transfer and Exchange Network (D8tten).

With a four spot fall, Rwanda ranked 69th globally and is at risk of falling out of the global top 70. Regionally, Rwanda remains second in East Africa, dropping from third last year to fourth in Africa. The only city in Rwanda that is included in the ranking is Kigali, which is ranked 265th after falling 39 spot. Kigali is the second highest ranked city in East Africa. 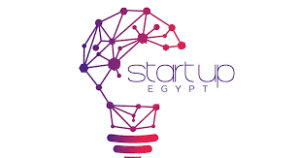 Egypt as a part of Technology Transfer and Exchange Network (D8tten) has jumped 11 spots to rank in the top 70.

In 2021, Egypt jumped from 99th to 70th in the world. Regionally, Egypt is ranked 5th in Africa and 1st in North Africa, scoring more than double the score of its first North African competitor, Tunisia.

The highest ranked city in Egypt is Cairo, which has risen 21 spots this year and is ranked 180th in the world. Cairo is ranked 1st in North Africa, 5th in Africa and 73th in global transportation technology and is active in the most ranked industries.  Alexandria, Egypt's second-highest city, also jumped 22 spots to 974.